On the first Sloup event, there were a few proposals submitted.

Jordan Hicks together with a couple of art photographers and an art historian friends, proposed for a project that creates a set of postcards about population decline and urban decay in St. Louis. He planned to use the grant money to print up several sets of cards to leave around the city in public places. Hicks’ project, although wasn’t chosen, didn’t see the dinner as a competition rather as an opportunity to share his project with the community.

Artist Claire Wolf also submitted a proposal to buy a small screen-printing machine for the Urban Studio Cafe. Urban Studio is a nonprofit social venture cafe where all profits go fund arts programs and community programs for the neighborhood.

That night, after votes were tallied, Wolf’s proposal won.

The application process for grant seekers was simple. They just need to submit a one-page pdf document answering five points:
1. The project they want to fund
2. Why are they asking for Sloup grant instead of a million dollars venture (and will credit score be a factor?)
3. Who are they as a creative being?
4. Any project of them from the past that succeeded or failed
5. Who is their favorite artist this month?

The reason for simple questions and not asking grant seekers to submit extensive resumes or provide a long list of prerequisites is to encouraged new artists to join. If they won, it will give the courage to apply for another, bigger grant.

One winner of the grants was Emma O’Brien, studio manager for StudioSTL. The studio is a writing lab that encourages children age six to eighteen to write and tell their own stories and publish their works. She thought that one way to physically establish community was by making buttons. She then applied to Sloup and won a grant to buy a button maker for kids. She attributed Sloup as a great venue to connect with other nonprofit art groups and communities. O’Brien was also high-praised of Ginestra and Jones’ attitude and sincerity.

Rats and People Motion Picture Orchestra, a six-piece ensemble, was another Sloup winner. They compose and perform original soundtracks to old silent films. They have used the $260 grant to buy a projector so they can screen a film and soundtracked it anywhere.

Another great project that came out from Sloup was a Nomadic gallery. Zach Swanson submitted a Sloup proposal three times for a project called “This Must Be the Place”. It aims to incorporate curated work in unique and unexpected places. He recalled never winning at Sloup.

However, during one of these Sloup events that Swanson met Justin Strohm. Together, they self-funded the project and launched their pilot show. By providing a venue to curate various artists’ works, they aim that “This must Be The Place” to be an alternative to traditional gallery options in the state.

When St. Louis Sloup started, Ginestra and Jones cooked the soup themselves. Soon, they asked for soup sponsorships from local eateries. Generous and innovative chefs had prepared kale soup, corn chowder, fire-roasted tomato soup – and the organizers made sure that soup being served won’t overlap for vegans and locavore arts supporters. After initially staging the event at Stirrup Pants shop during the first few months, the dinners became mobile with venues happened at different areas at St. Louis and even had a caravan Sloup outside the city.

The Sloup’s first fundraiser for itself happened on December 10, 2013, when past beneficiaries and their supporters gathered together for the “Condensed Sloup” (a group’s decision to combine November and December meetup). It also served as a celebration for the 40 events that have been organized since the group’s inception and a total of around $20,000 grant given to local artists, budding entrepreneurs, and educators. The Sloup event that night raised $800, which, like other Sloup’s meetup, asked for $10 donation.

And with everybody allowed to present their idea, Sloup’s proposal every month had attracted hundreds of different amazing, and sometimes quirky, proposals – from building a 12-foot sundial as a visual display to creating a semi-circular panorama of the City Garden at night, to film making, money transfer protocol, and to cook local food for the community – there was so much enthusiasm from the art community at St. Louis.

In 2012, Sloup’s leadership was passed on to Tara Pham, Zoe Sharf, and Becca Moor, who ran the project through 2015. 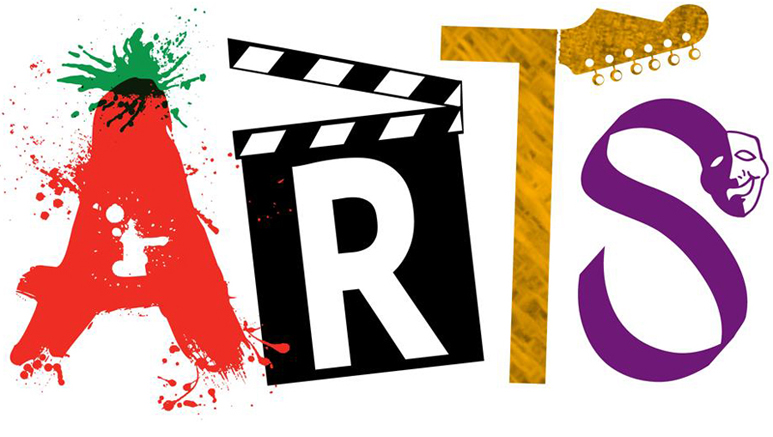 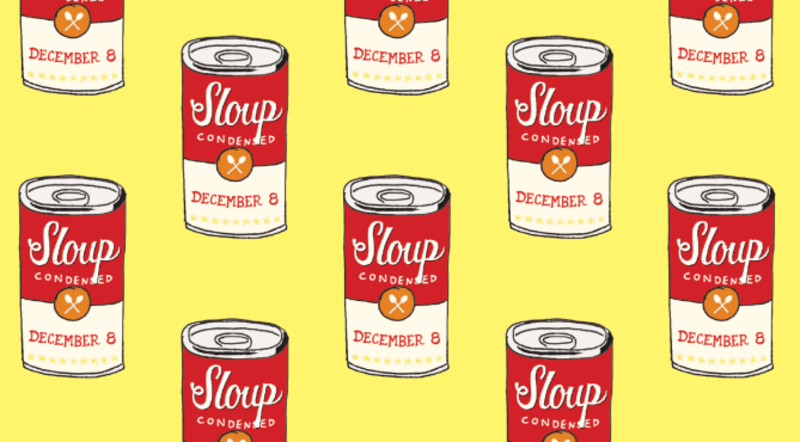